I had just finished an exceptionally light lunch. I wanted to spend as little time as possible eating in order to have my usual mid-day walk. It has become a healthy routine of mine to do so. I find it not only good for my body, but it is also a therapeutic escape from the heavy burdens of the mind. I use that time to simply fly away with an airborne imagination and just be me, and perhaps, even go somewhere else!

That afternoon became a completely different one, however. The simple routine suddenly morphed to an extraordinary event. I remember having heard the landscaping team mowing the grass and beautifying the place, something they did every Wednesday. But just when I was about to turn the corner of McFadden avenue, I saw here standing in the middle of nowhere. Right in between the sidewalk and the building’s western wing.

They are called Dandelions. A singular grass flower that grows with a beautiful yellow montage while spreading through the field like a queen. Some consider them invaders, because with just a small fraction of distraction, they can quickly overtake any lawn. This one called my attention. She somehow survived the blades from the machinery, and the mortal slashes from the trimmer lines. I could not contain my amazement! And then I did something I would have never imagined. I got close to her, and weirdly enough, I began to talk to her.

I that told her that I somehow identified with her vast space of loneliness. Standing beautifully against all odds and going through the perils of a man-made beautification process that was supposed to have eradicated her. Yet there she stood. Defiant. Strong. Beautiful. I told her that I felt similar in wanting to spread my thoughts as fast as she could spread over the field. I mentioned that her beauty was a fascinating one. Small green leaves of hope that surround and protect the core of love in the form of a gentle yellow flower, while rising to any occasion—or threat for that matter—of the unpredictable stages of life.

I whispered in her stem of how sorry I felt about the hands of men and the ease in which they could force her to be in that position. I opened my heart and began talking to her about my past, my feelings, my goals and specially, my expectations. I was sincere with her. I told her I did not have many. I said I had learnt that when you expect nothing, pain is unable to reach you. In the matter of healing, her open space alone, was a metaphor of the battles of my seeking heart. And that sometimes these did not do any good to me. You see expectations are like fragile pottery. The harder you squeeze them, the more likely they will crack. And I felt scared of the vision. She seemed to understand what I was saying, and gently danced with the wind in a form of acknowledgement. 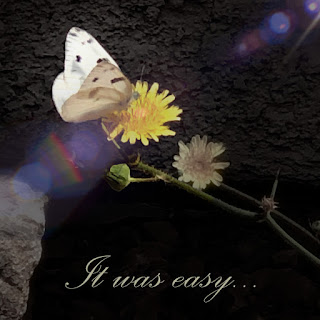 She could say a lot, by not saying much at all! She just moved. Occasionally turning her beautiful face towards me as if she were smiling. My thirty minutes were almost gone, and I would have to return to the office soon. And with a gust of a gentle breeze, I could almost hear her repeating Bryan Tracy by saying, “positive expectations are the mark of the superior personality.” I had to agree.

Circumstances have turn me into a defensive yet cynical man in so many things. I lack the innocent and optimistic approach I once had growing up. Those days when I felt nothing was going to be able to stop me. I remembered when I was ready to take over the world! It does not seem that long ago. I sometimes wish I could go back, but perhaps Feuerstein was right, “if you want love you gonna’ have to go through the pain.” I have done my fair share of that. And I can quite honestly say that I am getting better at it. Day after day I seem to take longer steps. It seems like I can retain more air in my lungs and feel alive again! And as I was saying these things, the wind tilted her structure over my hand as if caressing me with her soft constitution and grabbing a tear that escaped my eyes.

No one saw her standing there that afternoon. I had that blessing! And I was glad that I approached her. That small talk brought a sense of revitalization to my heart and gave a soothing kiss to my thoughts. I felt very thankful but moreover, I felt extremely happy!

The connection of man with nature is sometimes taken for granted. We would never fully understand all the beauty and healing that comes from it. But that afternoon, I grabbed a glance of that beauty! I was part of a cosmic universal dance where time stood still, and my heart felt renewed with a connection like no other. Just by noticing a defiant, strong and beautiful flower.

And as fast as I got up to return to work, a second breeze flew through her petals straight to my ears where I was able to easily hear say, “thank you for keeping company and talking to me. I was feeling lonely, and I needed it. I liked that very much. I felt as if we had known each other already! I never knew how much a simple conversation could do to my roots. Believe me, I liked that very much. And before you go, I want you to know something, it was easy talking to you!”

It was easy talking to her too. 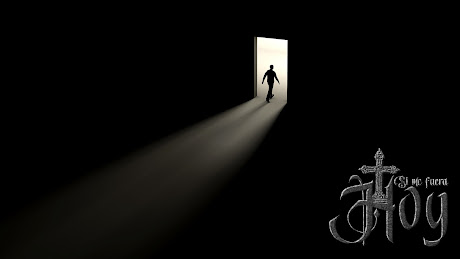