The Rose of Blue - A Short Story

There is a story that has been told through generations from a faraway region in the Pacific. Specifically, in a small island surrounded by a magical archipelago of hopes and dreams. The name of this island is Pagkakataon. In this place, the nights are brighter than any other place on the planet. The moon is twice as big, and the memories of the ancestors of the land, dance in a coordinated effort to transform the victories of the past into lesson to be learned today.

The ocean is as clear as its breathing air. The winds can be heard singing as they glide marvelously through the leaves of the giant palm trees that cover it. And it is precisely here, among the winds where our story begins.

Pagkakataon, like any other magical place in this world, is comprised of different dimensions and realms. In here, they are identified as: Ang Mga Diyos, the realm of the gods. This is the highest of all places. No living creature dwells among its walls until it passes through the gates of Mga Nagawa, the Gate of Achievement, the greatest commendation given to a soul deserving of it once it crosses over. The second realm is called, Ang Nabubuhay, the realm of the living. This is where all living creatures unite in harmony, singing the songs of the ancestors while cultivating and caring for the land. Finally, there is the realm of Ang Hintay, the Land of The Wait. Whoever finds themselves there are in a life-changing process in between Mga Diyos and Ang Nabubuhay. It is the realm of trials and tests that will push the boundaries of every living creature.

Ang Nabubuhay is covered with different and majestic lifeforms, but none of them are more beautiful than Pananampalataya which means, Faith and Pag-Ibig that translates to Love. They were two beautiful red butterflies. These two have been considered the standard of living and harmony in this realm. The inseparable couple fly endlessly in this space in time, providing many others with the inspiration needed to create fortitude, knowledge and readiness that will prepare them for the Gate of Mga Nagawa.

They have both being equipped with the ability to teach, and to train others. Each one has their own sets of skills, but at the same time, different personalities. Pananampalataya is the adventurous one. She is the one leading the chances of change as she persists in finding new things and subjects to be taught, but also places that have not been discovered by the living in Ang Nabubuhay. This was the reason for Pananampalataya to also be considered the risky one!

Pag-Ibig to the contrary, was the calmed one. He was more interested into keeping normality as the standard, and to make sure that other living creatures comply to the rules of the realm. Although he also enjoyed new discoveries, the songs of the ancestors reminded him of the importance of keeping a balance into discovery, and the already known. For any deviation away from this principle may lead to undesired falls.

And so, life was as good as always here at Pagkakataon! The day seemed as normal as always, and nothing gave away the idea of any threat for change. But without knowing, and far away from anyone’s attention, something terrible was happening within the ranks of the leadership of the kingdom of Ang Hintay. His ruler, an atrocious entity by the name of Pakikibaka, which means Struggle, began to demand the presence of living creatures from the kingdom of Ang Nabubuhay to make them slaves. This is the only way, he thought, to continue to flourish in his darker realm. His evil plans of ruling the third realm, hinged on this plan. And as they prepared to secretly attack Ang Nabubuhay, one of Pakikibaka’s battalion commander suggested to concentrate their efforts on Pananampalataya and Pag-Ibig for these two carried the wisdom and the talents they needed to preserve Ang Hintay. An agreement was reached, and the attack was moving forward.

In the meantime, Pananampalataya and Pag-Ibig, flew around Ang Nabubuhay completing their usual chores and responsibilities. Occasionally, they turned their progress to the higher guard authorities of Ang Mga Diyos as required. But this day, something came over Pananampalataya. Since they finished their duties ahead of time, she decided to explore the far extremes of the kingdom. She was interested in an unexplored area of the east called Magsugal, which means Gamble! Pag-Ibig implored her not do so, for the name of the place itself, spoke of the dangers of daring to visit. Magsugal was a place where both good and evil reside, and at any given moment, one of them could contact the living. The good trend was OK, but to meet the evil, meant that a window of vulnerability could open, and expose the living to the realm of Ang Hintay.

Pananampalataya thought the risk was well worth it, because in her opinion, new discoveries got the living closer to Ang Mga Diyos. She felt as though this was more like a public service, instead of a silly personal adventurous craving. And so, she became deaf to Pag-Ibig’s pleas, and began her flight to meet Magsugal. The presence of the living in the form of Pananampalataya flight in the area, came into Pakikibaka’s commanders’ sight, and so the attack order was given!

Armed with a weapon they called Swerte, which can be translated to Luck, the commander opened fire and broke the protective seal that separated Ang Nabubuhay from Ang Hintay. Swerte, had the capacity to create wind vortexes that could easily trap Pananampalataya in a gargantuan wind tunnel, from which there is literally, no escape. Pag-Ibig knew this, and as the explosion broke the sound seal, they both shook at the sight of a terrible dark cloud that formed into the trap! Pananampalataya's wings began to cramp. The force of the gusts was extremely hard to control, and she was too close to be able to fly away. It did not take too long for both Pag-Ibig and Pananampalataya to understand the gravity of the moment.

She was trapped! Swerte had been successful, and as soon as this took place, several troops rushed to Pakikibaka’s presence to update him with the news. He was extremely happy and doubled the number of troops to the area to make sure Pananampalataya did not escape. Pag-Ibig was crying. He felt a pain never experienced before, because he knew at that moment that the two will now become only one. But just as these thoughts flew through his consciousness, he then remembered The Agreement. The sole and only way Pananampalataya could go through her ordeal. It was called The Kiss of Kasunpan, The Kiss of The Agreement.

Early in its creation, when all entities and gods that comprise Ang Mga Diyos got together, they ponder on all possibilities and risks, and this agreement was submitted. It simply determined that if a living creature from Ang Nabubuhay was accidentally exposed to Ang Hintay, and their evil ruler, then Ang Makapangyarihan—which means The Powerful—and the leader of the kingdom of Ang Mga Diyos, could grant an additional power to stand against all evil, in the form of a kiss. Pag-Ibig wanted this for Pananampalataya. And both kingdoms agreed that her service and love to the land had been exemplary, making her more than deserving of this much needed help. 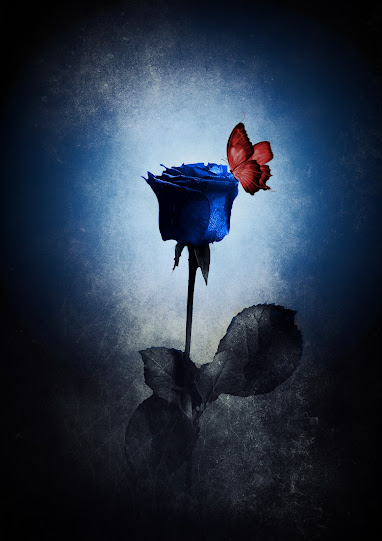 And so, with the authority bestowed upon him, Ang Makapangyarihan descended from his throne, and made his way to the vortex. Pag-Ibig flew closer to him, guiding him to the site. There were mixed feelings flowing through Pag-Ibig’s system for he knew that although Pananampalataya was about to be saved by The Powerful, nothing from this moment would ever be the same.

At the site, they both fought against the strong winds and the deafening sounds of the vortex. Swerte was indeed an effective weapon, and it had successfully trapped our red butterfly. Incapable of moving, she saw her two saviors approaching, but there was little she could do. Immovable, and weak, she could only watch the situation develop. The Powerful kept moving forward, while Pag-Ibig hovered as close and as safely possible. He watched as The Powerful dominated the winds from the vortex in an amazing display of fortitude and dominion. Pakikibaka was furious!

Although he ordered to increase the power of Swerte, there was nothing he could do to overtake Ang Makapangyarihan. And then it happened. In a display of both love and mercy, The Powerful kissed the right wing of Pananampalataya, and as immediate as the kiss was heard, she suddenly turned in to a seed. A gentle, diminutive, yet powerful seed! Pag-Ibig’s eyes filled with tears. His sadness was something he had never experienced before. His long partner now gone and bound to the Kingdom of The Wait.

This was the moment that Ang Makapangyarihan took to remind him about the complete Agreement and urged him not to feel sad. And the complete clause stated that not only would it provide Pananampalataya with the protection she would need to survive Ang Hintay, but also the assurance that after The Three Thousand Years Cycle, the time when deserving living creatures trapped in the Kingdom of The Wait would be liberated, Pananampalataya would be among those! This brought a sense of peace to Pag-Ibig’s heart.

In the meantime, Pananampalataya, now the seed of The Powerful, fell helplessly to the Kingdom of The Wait. Once she contacted the ground, the residual winds produced from Swerte’s wrath, moved the dirt strong enough to hide and cover her to safety. At the end of the attack, Pakikibaka ordered a search party to find this seed, and to make sure that it was returned to him. To their amazement, they did not find the seed but instead, found a beautiful and new form of a flower. A gentle rose with new features, and the most notable one for them, an to our history, was her color.

You see, upon entry to the lower winds, The Powerful’s kiss to her right wing granted her not only the power and blessings as accorded, but because of Pag-Ibig’s strong connection to her, and the sadness he felt upon her departure, a strange phenomenon took place. Pananampalataya, was not red nor a pink a rose. She stood defiantly to any test, and to any threat as the most capable and beautiful blue rose in the Kingdom of The Wait. And there she stands, beating all odds, and teaching the evil entities of change, that although Magsugal took the best from her, she was still a force to be reckoned with! Nothing Pakikibaka threw at her damaged her. Her intellect and vast experience from the World of The Living, gave her enough strength and wisdom to be safe. Steady and strong waiting for Three Thousand Year Cycle.

The story tells that that Pananampalataya had been given many names within the three kingdoms. The Seed of The Powerful, The Blue Grounded Flyer, The Risky One, but the one that stuck through the centuries is the one given to her by Pakikibaka himself. In an act of desperation and angered confusion, after a another one of his failed attacks towards her, he once called her that “Rose of Blue”.

Some say that if you are lucky enough to find Pagkakataon, and make your way to the river in the remote regions of the east, you can still see The Rose of Blue. She stands as beautiful as the day she arrived, reflected on the water. This is where the story is still alive, and where the odds of the living can be easily beaten by understanding the fascinating story behind Faith and Love! 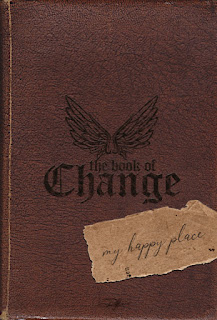 The Book Of Change: My Happy Place